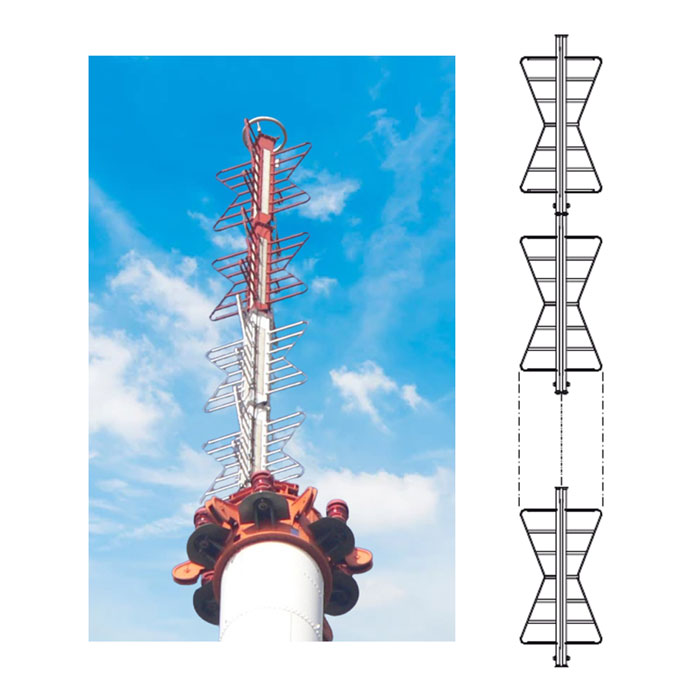 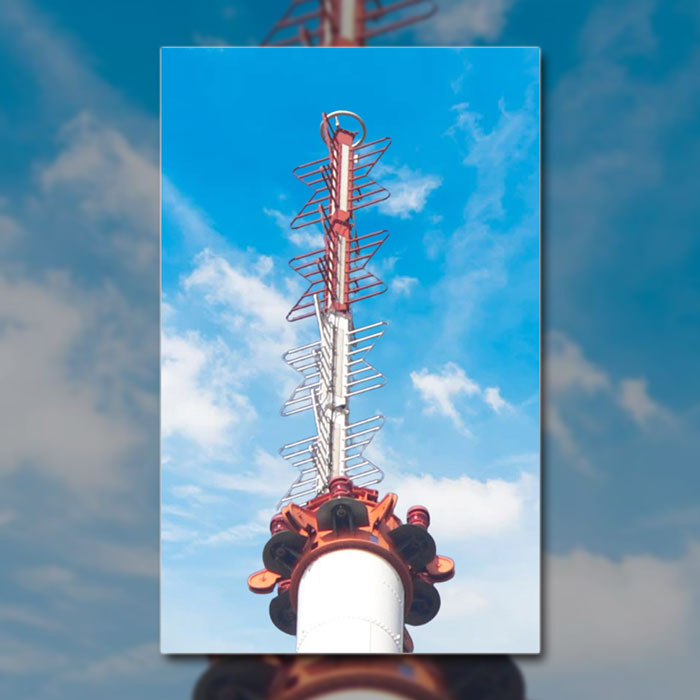 What is a Batwing Antenna and How does it Work?

The batwing antenna, or super turnstile antenna, is a polarized (cross dipole, horizontal polarization) omnidirectional antenna with an appearance similar to batwing or bow tie, which is commonly used in VHF and UHF commercial broadcasting.

The batwing antenna is actually derived from a cross dipole array called a turnstile antenna.

Although the latter is used in VHF and UHF bands (about 30 MHz to 3 GHz) like the former, the latter has a wider military application, and the radiation power is 3dB lower than the maximum radiation of half wave dipole with the same power.

The batwing antenna is designed to overcome this disadvantage.

The batwing antenna is composed of two unique wing-shaped flat plate elements. The two pairs of elements of each bat wing antenna are usually installed on the common mast in a state of 90 ° perpendicular to each other.

Thus, the two dipoles of the bat wing antenna can obtain omnidirectional mode (each phase is 90 ° different from the other, and there are four phases in total, i.e. 360 ° omnidirectional).

Therefore, this type of antenna can conduct horizontal polarization radiation. When properly constructed (e.g., vertical stack), such antennas can obtain a VSWR of 1.1:1 or less than 30% of the bandwidth and obtain a large amount of gain.

What Consists of a Complete Batwing Antenna System?

The following are the basic components of the batwing antenna system:

Of course, in addition to these devices, you still need to pay attention to:

You can often see pictures on Google saying multiple batwing antennas are vertically installed on the same mast, and each batwing antenna is regularly spaced apart (usually about one wavelength). The purpose of this is to increase horizontal gain.

Among them, the term "bay" is used to refer to a single batwing antenna. The collinear array formed by stacking multiple cradle bat wing antennas can reduce excess radiation power (usually in the axial direction) and provide high gain and high gain output, which makes the batwing antenna more suitable for ground broadcasting.

The broadband bandwidth and excellent performance make it attractive for the use of ATV repeaters. This characteristic is especially suitable for broadcasting companies that want to use a single antenna to help multiple transmitters transmit TV signals.

As a professional manufacturer and supplier of bat wing broadcast antennas, FMUSER has so far provided complete turnkey solutions for hundreds of radio and television stations around the world, including:

Your batwing antenna can withstand decades of wind, rain, ice, and direct lightning strikes, and will safely and efficiently serve your broadcasting stations for a long time.